On Saturday the 8th my friend, Steve, and I headed out to the Dover Comic Con. I've known Steve for a lot of years through my time working at horror conventions though we've never really had a chance to hang out so when he invited me I was super stoked to go. I've never been to a Comic con but have always wanted to go see what they are all about. Plus, who can pass up a chance to play dress up?

I decided to dress up as Maggie Greene (Steve chose Rick Grimes) from The Walking Dead since a couple weeks before the con a few folks told me I look like her (it's only the hair really) but it seemed like an easy enough costume to pull together, requiring only a trip to the thrift store and a minimal purchase online.

The world of all things comic con is extremely alien to me. I had no idea who the majority of folks were dressed up as but the time and detail they put into their cosplay costumes was amazing. The people were friends, the weather was good and a fun time was had by all (except maybe the person who had to leave in an ambulance - I hope they are okay)

I'm of a mind that there should be more local events like this. Never have I seen so many teenagers gathered in one place with nary a cell phone in hand (unless they were snapping a picture)

Steve and I were approached quite a few times to take pictures with folks but I could only find a few of them online: 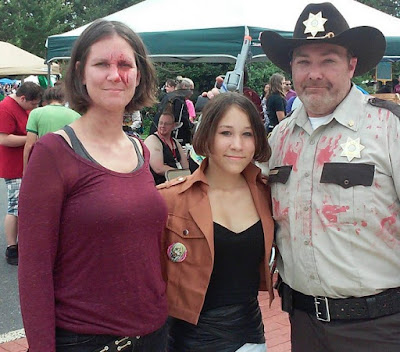 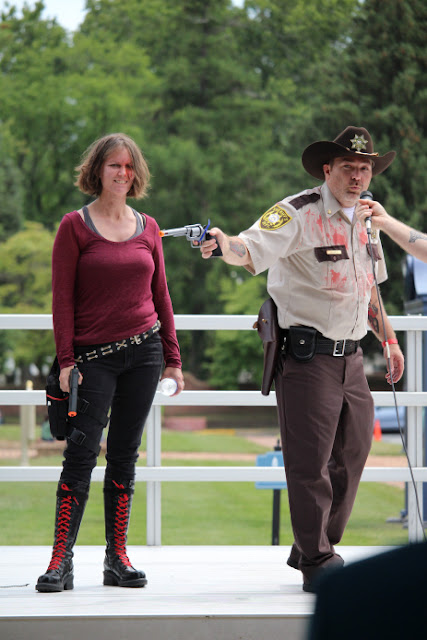 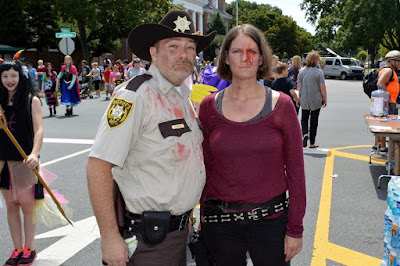