The Road To Texas

We made it from Maryland to Louisiana over the past week. Randy and I bought some two way radios because trying to text or talk on the phone while driving is a pain and it's a much more immediate way of communicating a problem that requires a stop. Since Randy is driving his 36' RV and is also towing a car AND generally in the lead the radios make for an easy way for us to know when the other needs something.

We made the first leg of the trip from MD to NC in two days with an overnight stop just outside of Richmond, VA before continuing on to Randy's parents house.

Randy's folks are lovely people. I laughed a lot while spending time with them and getting to see where Randy gets his little idiosyncrasies. 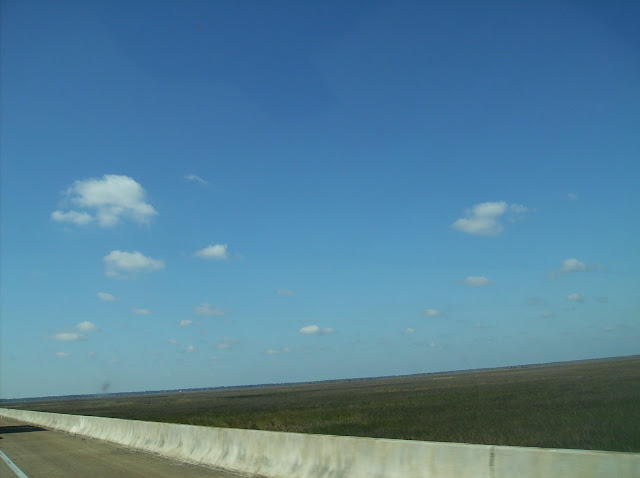 Before long we were back on the road heading toward Louisiana and the Louisiana Renaissance Festival where Randy was set to be a guest drummer with his friends Haggis Rampant. We have had so much fun since we've been here. Sadly, we been too busy to do any sort of touristy stuff (which is a mixed blessing since we're also trying to save cash).

We did head to LARF for both Saturday and Sunday. Met a ton of terrific folks. The weather has been absolutely gorgeous with its sunny, 70+ degree days.

On Sunday Randy and I got to participate is a lovely wine tasting at LARF. 8 wines and a huge plate of cheese, fruit and bread. We were both a little tipsy as we wandered off.

I also spied a cottage at LARF that I am very interested in modeling my homesteading house after. I love the small first level room and the second level that extends to create a covered porch. 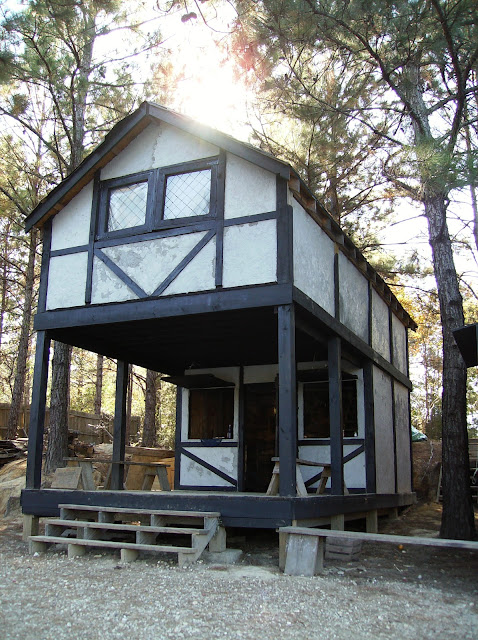 I've spent the most part of the last two days rebuilding The Rogues website (which I've been working on for a while but travel has gotten in the way). While I'm not entirely happy with a couple bits of the layout there's nothing that can't be fixed once we're settled in Texas.

Tomorrow morning we head out. I'm sure I'll take some pictures but driving and picture taking don't really mesh all that well so don't expect them to be "good pictures" heh.