Just when I thought everything was going well - I found a leak. Well, I should say the leak found me.

Earlier this week my side window shade broke. I guess since everything has a reason, this would be the reason for that break.

I apparently had a good sized leak where one of the screws was. It's been raining for hours here in Gillett, PA and half my bed is now wet. I would just plug it up but I need to know where it's coming from on the outside before I plug up the leak inside. At least right now I know where it's draining to - if I plug it up now it will run to somewhere else.

The next dry day I'm going to completely seal the joint between van body and fiberglass top. Hopefully that is the problem but if anyone else has any ideas I'm open. 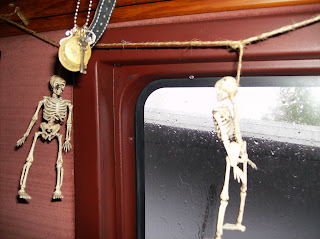 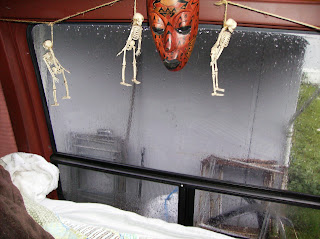 For now Murf and I just threw a 20 foot tarp over the top of the van. I'm waiting to see how long it takes before the dripping stops inside. 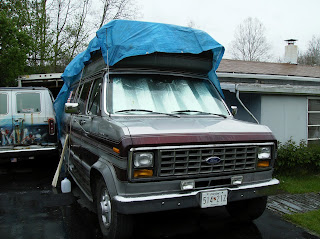 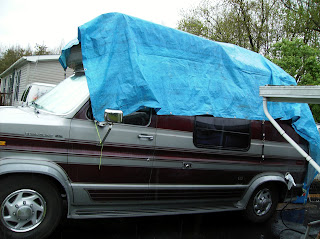 Poor tarped Pussy Galore - not often the lady has to wear the rubber.
Posted by: Cherry at May 08, 2012