Figured it might be nice to put some faces to some names of the soon to be on-board crew. I'm sure I'll speak of them often. 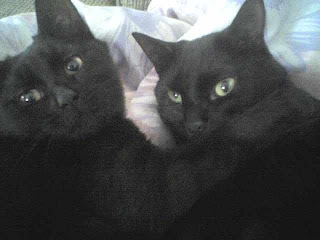 Barracuda (L) - female, Cuda for short. She's extremely shy. I've had her for three years and she's only just starting to approach me to be petted. She's 4th as far as age. Gobie (R) - male, suffers from brain damage due to head trauma. He's the love bug of the bunch makes up for the fact that he isn't the brightest. He's 2nd as far as age. 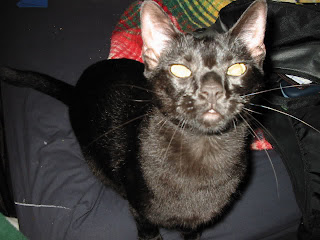 Anchovy - male, oldest. Yeah, he looks like an alien. He suffers from urinary issues which are controlled via diet and occasional fluid therapy. He loves EVERYONE as long as they are paying attention to him.
Posted by: Cherry at October 24, 2011